Fashion events take place in the different parts of the world and many international cities have them every year. They feature runway shows and trade shows that showcase the latest collections of local and international fashion designers as well as new and veteran models.

But not every event gets wide coverage. There are the major ones that stand out, draw huge crowds and get more media exposure whether in broadcast, print or online.

The Paris Fashion Week’s pret-a-porter also known as the Ready to Wear shows are considered the most popular fashion events. It features the collections of notable designers such as Louis Vuitton, Balenciaga, Stella McCartney, Issey Miyake, Miu Miu, Givenchy, Emanuel Ungaro and Valentino among others. END_OF_DOCUMENT_TOKEN_TO_BE_REPLACED 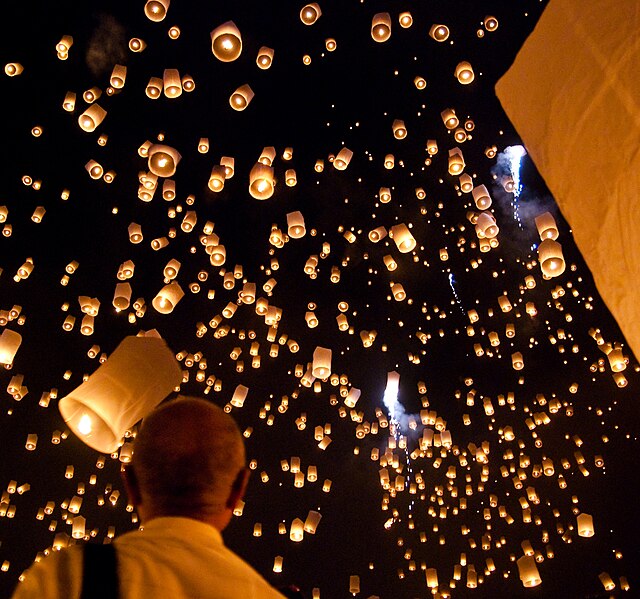 Are you looking for a different kind of adventure in the next month or so? You might want to head on over to China to join them in celebrating the Spring Festival, which is also more popularly known as the Chinese New Year.

We all know about the Chinese New Year, which is determined by the lunar calendar instead of the Gregorian Calendar. As a result, the date of the festival varies from year to year and falls somewhere in late January or early February. There is no doubt about it, this is the single most important holiday in all of China and for Chinese all over the world. This year, the festival begins on the 26th of January and will end 15 days later. This is called the Lantern Festival.

As early as now, the people in China are already preparing for the New Year. In fact, CCTV International reports that millions of people are already booking tickets, especially at railway stations, to get ready for the trip to their respective hometowns or wherever they are celebrating the Lunar New Year.

Preparations for the festival include thorough cleaning of their houses, paying debts, cutting hair (good luck!), and buying new clothes. The Chinese New Year is steeped in superstition and prayers to various gods.

Even if you are not Chinese by descent, the Chinese New Year is something else to experience. And if you cannot make it to China for the festival, you should consider looking for the nearest Chinese New Year celebration – there is bound to be one within traveling distance.

Are you looking for something new to do this Christmas? Perhaps your circumstances might call for a change. Perhaps you are looking at not spending the holidays at home. Whatever reason you may have for wanting to do something different this Christmas, here is one good idea – visit The Great Dickens Christmas Fair.

It is being held in San Francisco so if you are near the area, you are in luck. The Great Dickens Fair brings the past to life:

The Great Dickens Christmas Fair: A holiday adventure into Victorian London, partying with hundreds of costumed players in 90,000+ square feet of theatrically-lit music halls, pubs, dance parties and Christmas shops on winding lanes. It’s a twilight evening in Charles Dickens’ London Town – a city filled with lively and colorful characters from both literature and history. Enticing aromas of roasted chestnuts and hearty foods fill the air.

Cries of street vendors hawking their wares ring out above the bustling crowd. Dozens of lamplit shops are filled to overflowing with Christmas presents. New this year: each patron receives a Victorian name, a Passport to the Past, and tokens for prizes if the Timegame is well played. And it’s all in a Holiday Humor!

Even if you are not normally into Victorian stuff, I think that the idea of spending a Christmas night in Victorian London would be quite interesting. The fair is open every weekend till the 21st of December from 11 in the morning to 7 in the evening. Tickets are $22 for adults, with discounts for seniors, military, and children.