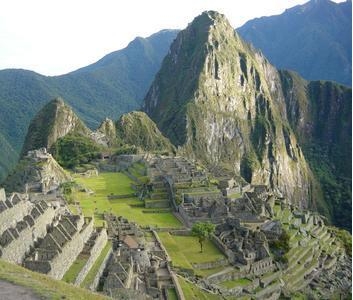 Last August, the list of the seven new wonders of the world was unveiled for all the world to see. Though people greeted it with mixed reactions, the inclusion of Peru’s Macchu Pichu complex was definitely responded to with unanimous approval. The vast and majestic structures of the ancient Inca Empire. It’s about 200 kilometers away from the Peru’s capital and largest city Lima and is accessible through the domestic airport in Cusco. The parcel of land where the buildings are located is as mind-blowing as the structures themselves. The complex stands on an elevated mesa surrounded by other imposing peaks. The mesa clears the Urumbaba river by 600m and the Macchu Pichu is about 8000 feet above see level.

Macchu Pichu was constructed in 1450 before the arrival of the European colonialists. The site features plenty of archaeological wonders and is currently the most visited monument in the culturally-rich country of Peru. Aside from the impressive ruins of ceremonial and administrative buildings, other features of the city like an advanced road system and time-keeping structures are still around for visitors to appreciate. The Incas were also able to master technique called ashlar wherein the stone is cut in exact dimensions to ensure that they fit perfectly without the need for mortar. The bricks in the complex are so perfectly fitted that a knife may not be even but in between the stone pieces.

Travelers have three options in seeing the ruins. If you’re in a bit of a hurry, you may choose to take a train from Cusco ( a 3.5-hour trip to Machu Picchu) and spend a couple of hours strolling through the ruins. If you really want to take in the scenery by hiking. You will have a choice between a two-day or a four-day trek. The trail is monitored by the government and they reserve the right to screen those who are planning to go for physical fitness. There are also inns and lodges nearby that could allow you a much longer stay at Macchu Pichu.