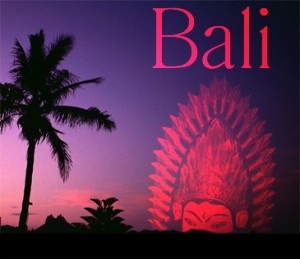 I have always wanted to visit Indonesia, especially since it is known for some of the best beaches in the world. More so, their food and culture are sure to provide a different experience for the whole family. The fact that it is located just beside The Philippines is another perk. However, I have heard a lot of advice from friends that it might not be a good idea to go there anytime soon. Don’t get me wrong – I have met many people from Indonesia (westerners lots of them) who encourage visits to the archipelago. According to them, it is quite safe as long as you know what you are doing and as long as you stay away from hot spots.

Recently, though, the Indonesian government announced that the three people who were convicted for the Bali bombings in 2002 are going to be executed. This sort of development understandably increases tensions between the involved parties. As such, this period may not be the best time to pay the country a visit.

In fact, several governments have issued travel warnings to their nationals. The Australian government is one of them. In a statement released by the Australian Department of Foreign Affairs and Trade (DFAT), Australian nationals were advised to “reconsider” travel plans to Indonesia. Bernama has this story:

“We advise you to reconsider your need to travel to Indonesia, including Bali, at this time due to the very high threat of terrorist attack.

“If you do decide to travel to Indonesia, you should exercise extreme caution.”

The advice states that Australian authorities were continuing to receive reports that terrorists were planning attacks against targets, including Western interests, and places visited by foreigners.

Though this advisory is pretty much standard for instances like this one, it might be prudent to heed it for now. What do you think?