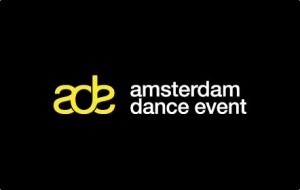 Late in October is a very good time to be in Amsterdam, especially if you love dancing. From the 22nd of October to the 25th of the same month, the Amsterdam Dance Event (or ADE as enthusiasts fondly call it) is going to be held all over the city. ADE is going to be celebrated in 40 of the most popular clubs in Amsterdam, with more than 700 DJs participating. The expected number of people? Only about 72,000!

Backpackers has this write up about the event:

Heading for Amsterdam later this month? If so, and if you’re a party animal, you’re going to want to check out what is the biggest club festival in the world: the Amsterdam Dance Event.

So what makes it the biggest? Well, the four-day event features over 700 DJ’s and acts performing in 40 of Amsterdam’s finest venues, DJ cafés, record stores, lounges and art galleries. Now in its thirtheenth year, the ADE has grown into a business conference that attracts 1900 key professionals and a club festival audience of 72 000 people.

So, if clubbing is your game, Amsterdam is most definitely your city for the days and especially the nights of the 22nd through to the 25th of October 2008.

Regarding the tickets, you have to buy a ticket for each separate event. Unfortunately, there is no single ticket which you can buy for whole festival. However, if you are a music professional, you can avail of the conference ticket, which includes passes to the numerous activities.