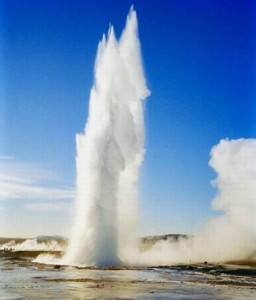 Every one has been going on about the devaluation of the US dollar (among many other currencies) in the past months. One currency that has suffered a major blow recently is the Icelandic krona. I don’t know if you have been following economic news from other parts of the world but Iceland recently filed for bankruptcy! I know – I was thinking the same thing when I heard of it: how can a country file for bankruptcy? But apparently, it happened to Iceland and now they are doing everything they can to get back on their feet.

What this means for people from other countries is that it is a very good time to go Iceland. And if you feel bad because it may seem that you are being opportunistic, don’t. Even the government of Iceland is capitalizing on the low value of its money! In their official tourism web site, they are advertising using the line “Our Loss – Your Gain … Devaluation Is Silver Lining for Americans.”

This is not only for Americans, though. Anyone with a relatively stable currency can take advantage of the low prices in Iceland. And if you want to experience a taste of Europe for cheap, then Iceland is the place to go. For example, you can get a three-course meal for $26 at the Reykjavik Lobster House. If you want to relax at a spa, you only need to spend $20 at the Blue Lagoon geothermal spa.

If you have some bucks to spend and you are considering a European vacation, why not check out Iceland?