Going on a road trip can be fun for the whole family or fun for one single person. However, if you don’t make the proper preparations with your vehicle before you hit the road you can run into some nightmares. It can be especially scaring to break down when you’re alone.

If you want to avoid being stuck on a road in the middle of nowhere there are plenty things you can do to prevent it. Of course, accidents still happen, even to the most prepared people, so you want to be prepared for the worst as well. END_OF_DOCUMENT_TOKEN_TO_BE_REPLACED

Road trips are a veritable American pasttime. Since the 1950s, millions of people have hit the highway in their family vehicles and traversed the country with road games, goofy songs, and french fry wrappers. If you’re looking to continue this tradition, plan ahead for a memorable–not chaotic–road trip.

This nickname was made popular by author William Least Heat-Moon in a book surrounding back roads in America. It’s basically a requirement to travel the country on some back roads, as interstates can take you around some of the most beautiful parts of America. However, these backroads can be nothing more than fast food restaurants, strip malls, and housing developments. Most updated U.S. road maps have recommended scenic routes so you can actually see the mountains, forests, and oceans. Make sure you veer off the interstates for a few hundred miles at least so you can say you’ve truly seen the heart of America. END_OF_DOCUMENT_TOKEN_TO_BE_REPLACED

If you’ve ever wanted to be the captain of your very own boat, but the thought of riding the waves makes you a little nauseous, then an RV might be just right for you. Driving what essentially amounts to an apartment complex on wheels is a lot of fun and a great way to explore America’s highways. However, there are a few things you’re going to have to understand before you feel comfortable barreling down the freeway in 6+ tons of twinky-shaped steel. It would be a good idea to take a defensive driving course before hitting the road so you can learn a few of the basics. Here are seven additional safety tips to help you on your way.

With just a little bit of time behind the wheel, you’ll get the hang of driving RVs. Just take it slow, pay attention, and above all, be safe. It would also be a good idea to plan out your trip in detail before hand. Here’s a list of 10 Road Trip Stops For Nashville Music Lovers you might want to check out if you’re a country music fan. Have fun! 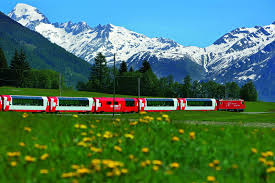 When planning a motorcycle tour, the first thing that you must do is to determine your itinerary. Once this is settled, it is always important to consider other important things that will help in making your tour successful. This should be done meticulously, you should write everything down so that you will be able to track down your plans.

Having these things in place will help guarantee the success of your trip. You must never overlook any of the details, as doing so will only mess up your trip. However, having all of them in place will help you maximize on your experience and bring more fun in your entire adventure. END_OF_DOCUMENT_TOKEN_TO_BE_REPLACED