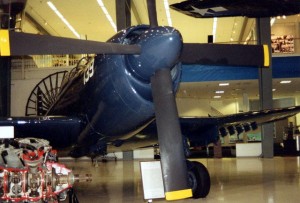 I know a lot of people who hate airplanes because they are (maybe secretly) scared of the idea of being locked up in a “death tube.” Then again, there are more people who avoid airplanes (and prefer other modes of transportation) these days for a totally different reason – increasing airfares and additional charges. But of course, there are those people who are quite fascinated with these flying contraptions.

If you are one of them, then you might want to visit the Pensacola Naval Air Museum where rare airplanes which have been restored are on display. I think that this is going to be a big treat for airplane enthusiasts as they feature some planes which have changed the course of history.

Located at Pensacola Naval Air Station, the museum has:

– A seven-story atrium that features four Blue Angels jets hanging from the ceiling.

– An Imax theater that shows a film about the acrobatic flyers.

– A flight simulator that depicts a jet fighter swooping into battle during the first Iraq war.

– And a cafe that’s a re-creation of the officer’s club at Cubi Point in the Philippines.

But the backbone of the museum, which opened in 1963 and has been expanded three times, is its restored planes. The museum has the Navy’s S-3B Viking that President Bush flew when he landed on the aircraft carrier USS Abraham Lincoln and made his “Mission Accomplished” speech about the Iraq war. The first President Bush is also recognized at the museum — a trainer he flew as a 19-year-old World War II flight student hangs inside.