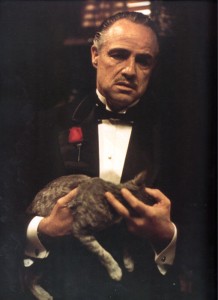 Have you watched the Godfather many times over? Do you believe that you can learn everything you need to know about life from that series? Do you have a penchant for all things mob? If you answered yes to at least one of those questions, then you might be interested in the newest museum in Las Vegas.

Dubbed The Las Vegas Museum of Organized Crime and Law Enforcement, it will showcase the activities of organized crime in the city. Oskar Garcia of AP reports:

The City Council unveiled the name Tuesday, along with logos resembling court documents with material blacked out. The first redaction obscures the word “mob.”

“I don’t think anybody is able to do tongue-in-cheek the way Las Vegas can do it,” said Mayor Oscar Goodman, a former criminal defense lawyer who represented organized crime figures before representing residents in City Hall.

The museum is expected to open in spring 2010 in downtown Las Vegas at the site of the former federal courthouse where Goodman tried his first case.

As city officials unveiled the plans, council members tossed around T-shirts that said: “There is no such thing as a mob museum nor have I ever been there.”

If you are concerned about the glorification of organized crime, you shouldn’t:

Officials say the museum won’t glorify organized crime, but instead will give a candid look at its influence on Las Vegas, how law enforcers worked to extract illegal influences from gambling, how mob operations in cities around the country were connected and famous hearings on organized crime.

Personally, I can’t wait to have a chance to visit this museum. However, we all have to wait till 2010 when the museum is set to open.