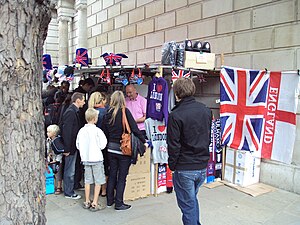 The internet is peppered with so many articles that give out various kinds of advice and tips regarding travel. But while these tips may be important, nay, crucial to ensure that your trip is safe, enjoyable and worth it, still, many people choose to ignore many of them.  This only ends with a lot of disappointments and “what ifs” when something goes wrong that could’ve been prevented if they had just followed the travel tips they’ve read.

Here are some of the most common and important travel tips that people do not follow: END_OF_DOCUMENT_TOKEN_TO_BE_REPLACED

It is the largest continent, the home to 60% of the world’s population, the origin of modern civilization, and the birthplace of major world religions. Now who says it is okay to miss travelling to Asia?

But it’s so huge. How can you choose which of its 48 countries to visit first? We’ll make it easier for you. Here are the top four must-visit Asian countries before you die.

Thailand is known for it’s pristine sandy beaches, spicy food and tranquil Buddhist temples. Some of the major sights and destinations are Phuket Island, Chiang Rai, Wat Rong Khun, and the Royal Palace. If you get bored, stroll around the palaces and then eat jasmine rice. Just don’t touch anyone on the head or point with your foot or you’ll be finished with Muay Thai.

You don’t know the meaning of overcrowded if you haven’t gone to India where more than 1.2 billion Indians are living in a million square-mile territory. Well the hassles will be worth it if you can take a picture with the Taj Mahal on the background, ride an elephant, taste the Indian curry, watch field hockey, and say “Namaste.”

Experience the best of India and Nepal with Friendly Planet Travel

The Land of the Rising Sun is more than just Cherry Blossoms, big-eyed anime characters, sushi, and weird hairstyles. It has a lot of everything. It’s the third largest economy, the best on environment preservation, and has the longest life expectancy. The same balance reflected on Mt. Fuji is Japan’s secret to own almost everything.

Explore the wonders of Japan with the Japan Panorama Tour

Even the moon doesn’t miss the Great Wall of China, so why would you? Aside from that, go and head to the Forbidden City in Beijing and see the world’s largest city of ancient buildings. Complete the ancient experience by dropping by the thousands of two-millennium-old life-size Terracotta Warriors. Don’t forget to get an authentic Chinese lucky charm or you’ll be in bad luck.

Make sure you also indulge in China’s rich cuisine with the Taste of China Tour.

Surviving the overwhelming blend of Asian culture, nature, history, and people is something you should brag about when you get back home. But before that, you’ve got to plan for the ultimate Asian adventure first. Do it with the best travel deals on the internet at Friendly Planet Travel.

In less than an hour, I shall be on my way to a country that I have never been to before. I have always wanted to visit Vietnam, if only for their food. Friends who have been there have said nothing but nice things as well. And, apparently, this is one place where I can be a millionaire – at least for a day or two. There aren’t many places where the Philippine Peso has a strong purchasing power, and Vietnam is one of them! For a mere PHP10,000, one call himself a Vietnamese millionaire!

So why am I itching to see Saigon (now called Ho Chi Minh City – HCMC for short – by the way)? As I said, Vietnamese food is to die for. Fresh spring rolls, the famous pho (noodle soup), and banh mi (French baguette with all sorts of stuffing). I am fairly new to their cuisine, so we’ll see what else I will discover! Oh yeah, I shall let Anthony Bourdain’s Vietnam feature guide me for a week.

I also read this article in the New York Times about “following the beer trail in Vietnam.” I didn’t know it, but Vietnam has quite a good selection of beers, many of them local! I wouldn’t call myself a beer connoisseur but I can appreciate a good brew anytime! Now I have printed out the article and will go around HCMC looking for some of the best beer in the city.

Of course, there is shopping. From what I hear, I can find tons of shawls, bags, and other apparel for dirt cheap.

I seriously am beside myself with excitement now.

Before any of my fellow Filipinos react, let me say that I am in no way in agreement with this extension. In fact, the reason for my writing this post is to express my disagreement with it! This travel alert against the Philippines was issued late last year after the egregious issue of the Maguindanao Massacre hit international headlines.

We all have to admit that that was a horrible affair and that it did nothing to improve the image of the Philippines. Everyone condemned – and continues to do so – that incident. However, that does not mean that the Philippines is an unsafe country. In fact, in the past months, I have interacted with numerous foreign visitors – and each one of them have all their hair in their heads untouched.

For one, Maguindanao is in the southernmost island of the Philippines. There are many tourist attractions in other parts of the country that are totally safe – both for foreigners and locals alike. That massacre is not an ordinary happening in our country and not everyone is like whoever those people behind that massacre are.

Indeed, I went on a trip in December – to a province that is not very touristy. This weekend, a group of my friends are on a weekend trip to another isolated island in the northern part of the country. They are perfectly safe.