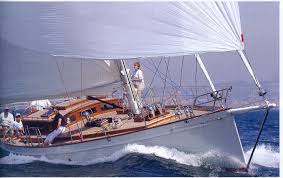 People who especially love traveling through water would find maritime cruising enjoyable.  It involves using a boat to leisurely travel from one place to another.  While most cruising trips would merely take days, others would go on extensive voyages that will take them to distant places and require them to be on water for months.

Before boats were used for leisure, they were used solely for tasks related to work and earning a living.  Interest on leisurely boating was sparked by personal accounts of canoe voyaging by such personalities and cruising authors like Henry David Thoreau, John MacGregor, and Robert Louis Stevenson.  Joshua Slocum holds the distinction of being one of the first to circumnavigate the world while sailing for pleasure.

There were many others who came after which further inspired others to try travel through maritime cruising.  More recent accounts through blogs of cruising sailors only served to encourage participation in this travel option.  Maritime cruisers never had it so good in information sharing that would help them pursue their interests safely and efficiently.

Maritime cruising develops seamanship skills and it can be done using either a sailboat or a powerboat.  Although boats smaller than 10 to 15 meters have been used in traveling around the world, bigger ones are highly recommended to decrease the level of risk associated in such mode of travel.  A boat used for cruising needs to be good for long-term use, since the distance that needs to be covered to travel the world is quite considerable.

It is not uncommon for maritime cruisers to take time off from work for one to two years to be able to follow their interest and passion in sailing or cruising.  A full blown voyage requires much preparation since there will be times that cruising sailors will be on their own, specifically in the use of devices and equipment.  A safe travel forms a big part of an enjoyable journey.