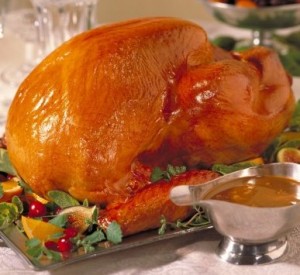 Less than a week and it’s time to carve the turkey again! People have their own favorite holidays and I know several who prefer Thanksgiving over the other holidays of the year. Maybe it’s the turkey or maybe it’s the company – whatever the reason, Thanksgiving is indeed a reason to celebrate.

This year, it seems that more than staying within the vicinity of one’s home, it would be a good idea to travel. According to The Houston Business Journal, gas prices are looking good this Thanksgiving:

Retail gasoline prices continued to fall this week, and that may encourage last-minute holiday travel, according to AAA Texas.

The price of a gallon of regular unleaded gasoline fell 12 cents across the state to $1.88, while the nationwide average dropped 15 cents to $2.02 a gallon. In Houston prices fell by 11 cents to $1.82 cents a gallon. Galveston dropped nearly 8 cents to $1.87 a gallon.

“AAA Texas has forecast a slight, 1.2 percent decline in the number of Texans traveling during the Thanksgiving holiday weekend,” Sarah Schimmer, spokeswoman for AAA Texas, said in a statement. “However, with prices now more than a dollar lower than they were at this time last year, more Texans may decide at the last minute to travel to visit family for the holiday.”

I am sure that this scenario is replicated in other parts of the States. You know what this means! Pack up your bags and hit the road! (If I were you I’d go early though as tons of other people might have the same idea.)