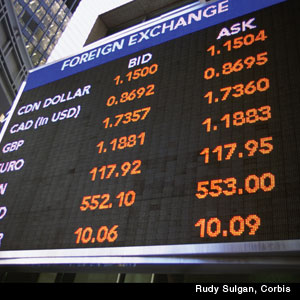 Recession – this word has been used over and over again this past year. Though it may have been the most used word recently, it does not really mean much until you actually feel the effects yourself and I have to say that in the past few months, I have been experiencing my own financial recession. I don’t know about you, but this means cutting back for me. Still, as I wrote in my previous posts, this does not mean that you have to totally forego traveling.

Bryan Walsh over at Time has a very useful write up about some places that you can go to despite the recession. I was actually surprised as I was reading his article as I thought that the dollar was quite useless in many foreign destinations. Apparently, I was wrong. This is why:

Today, given the financial crisis, investors see the U.S. as safer than other markets — even though the downturn is largely the responsibility of Americans — and have flocked to the dollar. (Apparently there’s no financial penalty for irony.)

For Americans, that means many foreign destinations have effectively become 25%, 30% even 50% cheaper than they were just a few months ago.

So what are these places that you should go to if you have some dollars to spare? Here is the list:

If you are finding it hard to believe that the dollar will take you a long way in these countries – I know you are, I had to read the details carefully myself – then you should go ahead and find out for yourself.